In this project, we read the book Esperanza which is about a woman who has to leave her kids in Guatemala and immigrate to the United States by herself in order to meet up with her husband and start a new life. After reading this book, I formed a group with Harley and we decided to do a project with an immigration theme. Our plan was to make a map of the border between America and Mexico and then add all the facts about the dangers of immigrating, the most common routes used to get to the U.S. and other details of immigration to America.

I think my partner and I worked really well on this project and ended up with a very informative piece. I had a lot of work in my other classes during the duration of this project and I'm very grateful that Harley stepped in and was able to finish it up towards the end.

I had a lot of fun doing this project because I had to research a lot about immigration from Central and South American countries to the U.S. which was very interesting after reading the book. I also had fun translating all of the research that we did because it allowed me to use my Spanish skills and test how well I could translate without using the internet. I ended up having a much easier time doing it than I thought which solidified my confidence in my knowledge of the language. I think if I get my Spanish speaking to the level that my understanding is at I will be well on my way to fluency. 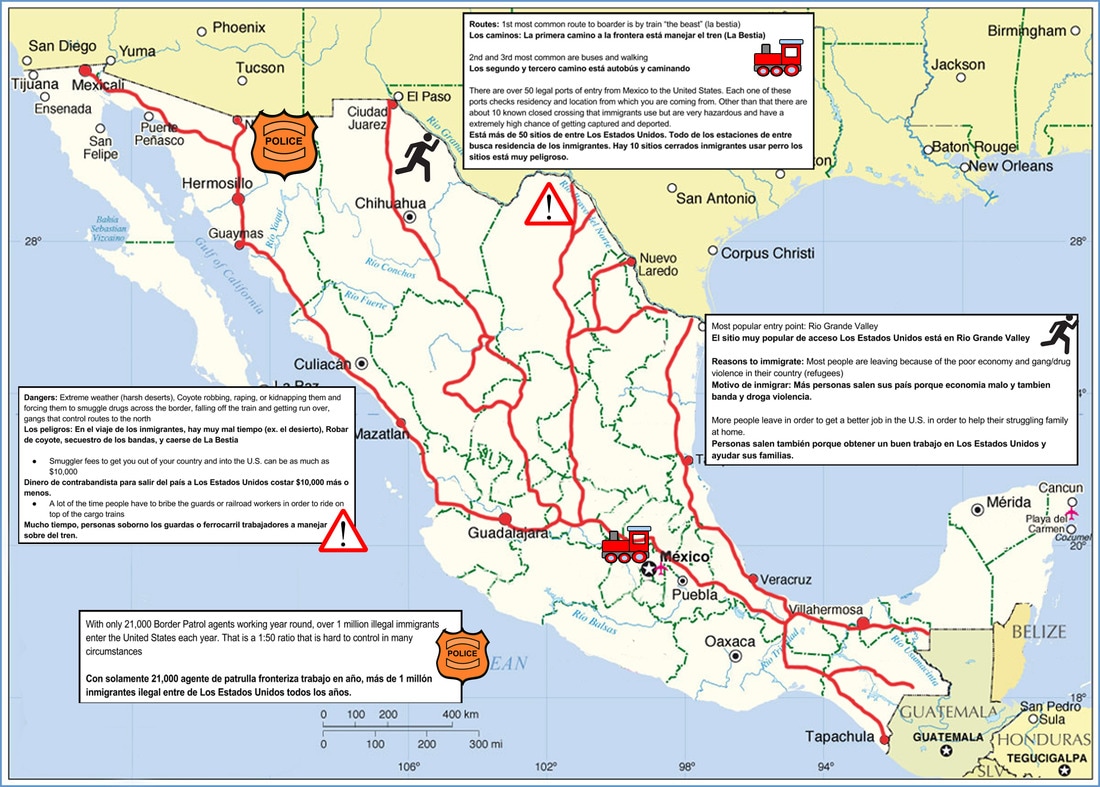